Attractions and Places of Interest around Heathrow Airport 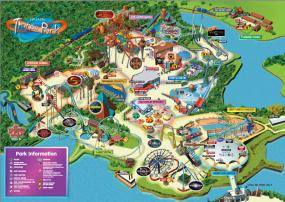 Thorpe Park is situated between junctions 11 and 13 of the M25. Access from junction 12 is not possible. follow signs via A320 to Thorpe Park. Car parking is free.

Thorpe Park is one of the UKs most popular attractions and top theme parks.
Originally a water park which opened in the 1970's, thrill rides were added added to the park from 1987 onwards. The first ever ride being the Thunder River. There are now over 20 big rides
6.7 miles (10.7 km) from Heathrow 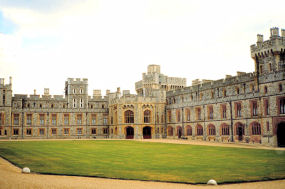 Originally built by William the Conqueror after he invaded Britain in 1066 and occupies 13 acres of land. The location was ideal since it was on the top of a steep hill overlooking the River Thames below. The purpose of the castle was to protect London from attack from the West.

The round Tower was built by King Henry II and he also rebuilt much of the structure in stone rather than the original wood that was used, including the outer wall.

Windsor castle is where the Queen resides the majority of the time (especially weekends) even though her official residence is Buckingham palace. The largest Castle in the world which is still used as a residence. No other Castle can match the unbroken period of residence, Windsor castle boats a 900 year history of past residents.
6.7 miles (10.8 km) from Heathrow 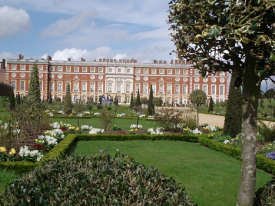 500 years of royal history from Henry VIII to George II. Set in sixty acres of gardens visitors are taken back through the centuries to experience the Palace as it was when royalty was in residence.
The earliest history dates from 1236 when the the first buildings at Hampton Court Palace was under the ownership of the Knights Hospitallers of St John of Jerusalem. Further constructions were added during the 15th century. 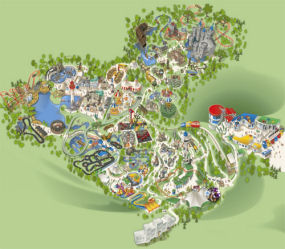 Located on the B3022 Windsor/Ascot road. Accessed from the M3 Junction 3 or  M4 Junction 6.

Legoland is aimed at the whole family, not just the kids with over 500 interactive rides 50, live shows, building workshops, driving schools and attractions. Legoland occupies over 150 acres and contains the largest Lego store in the UK. Legoland also has a constantly changing series of events each month. In the Imagination Centre kids can design buildings to test on earthquake tables or engineer cars to beat all contenders on the speed test ramp. At Legoland a new movie experience brings '4D' to the screen as the movie takes place literally all around you.
10.3 miles (16.7 km) from Heathrow 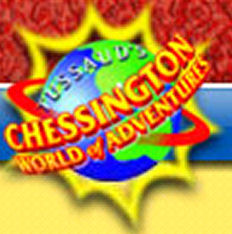 Chessington World of Adventures is both a Theme Park and Safari Zoo. In fact it was just a Zoo till investment in 1987 brought the creation of a Theme park alongside the Zoo and traditional fairground rides. The Zoo had first opened as far back as 28th July 1931. Fair gro8nd rides were added to the Zoo in the 40's,50's and 60's along with a miniature railway. The zoo lions, gorillas, penguins, otters, sea lions and more. There are actually around 100 different species and 260 individual animals in Chessington Zoo. Chessington and Hotel Ticket Packages
10.6 Miles (17 km) From Heathrow 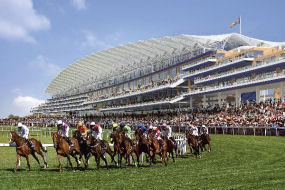 The racecourse dates back to 1711 when it was founded by Queen Anne. One of the UKs premier racecourses is Ascot racecourse. Perhaps best known for hosting the prestigious Royal Meeting each year in June, indeed until 1945 the Royal Meeting was the only meeting held at Ascot. The first Royal Meet dates back to June 1768 and in modern times is the most popular race meeting in Europe. In 1965 jump racing also came to Ascot. The Royal meeting has as much to do with fashion as it does with racing with Ladies day during the meet seeing an endless parade of high fashion from those in attendance. The Royal part of the name also is not just pr, each year the Royal family attend the races with the royal parade down the racecourse in horse drawn carriages itself being a feature off the start of racing.
Hotels in Ascot
Thank you for visiting milesfaster.co.uk Heathrow Airport history and background Information